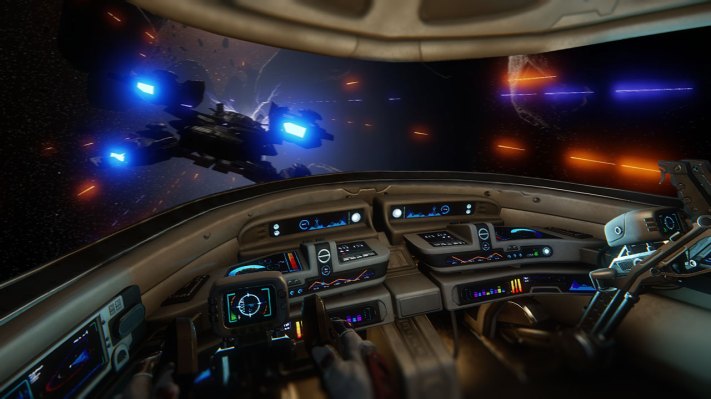 We’ve all been there — you’re watching a horror movie, and you know that the main character definitely shouldn’t go into that creepy house, but no matter how much you yell at your TV, you can’t change his fate. But what if you told the guy on screen to steer clear of the house, and he actually listened?

This could become possible with the latest venture from entertainment entrepreneur Devo Harris, a Grammy winner and longtime business collaborator of artists like Kanye West and John Legend.

After launching in beta in August 2020, Adventr created a user-friendly interface where anyone can drag and drop elements to make interactive videos. Thousands of users have built interactive experiences, from space-themed children’s education modules to promotional videos for luxury fashion clients like Marc Jacobs and LVMH.

But at TechCrunch Disrupt, where Adventr is one of 20 startups competing in Disrupt’s Startup Battlefield, founder and CEO Harris unveiled an element of the product that will set Adventr apart: a patented voice-control technology that lets users dictate the course of a video.

Specifically, the patent is on the technology that uses voice recognition to change the course of a video in the middle of a stream. It can also connect to other databases and applications to look up answers and respond to questions in real time.

“This is not about ‘turn up the volume,’ this is about, ‘don’t go into that room,’” Harris told TechCrunch. “If I can talk to my TV, if I can talk to my phone, why can’t I talk to my video? Our technology allows these videos to use your microphone to understand and respond in real time to what that viewer wants. The vast majority of the internet is video, so we’re enabling video to perform like the rest of these smart devices.”

Though Harris emphasizes that he and his team — which is currently just five strong — are creatives first, he thinks that Adventr has exciting applications in e-commerce. He references a scene in the 2002 movie Minority Report, where Tom Cruise encounters a hologram at the GAP that asks him about his personalized shopping experience. 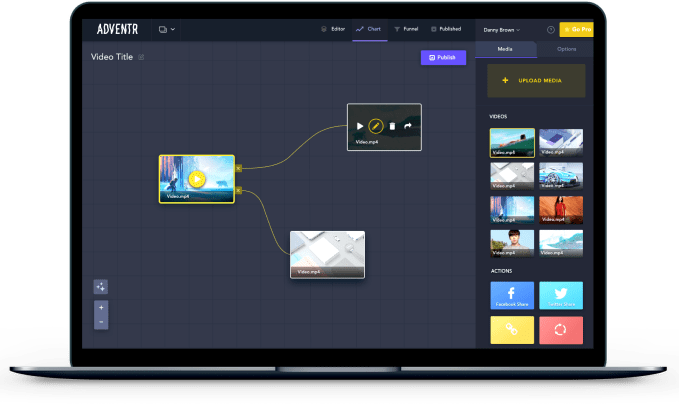 In an example video of how the voice-control technology works, a shopper goes to Target to find a pajama set. As the viewer, you can use voice commands like “show me the green one” or “find a size large” to determine what item to purchase. If you decide to buy the pajama set, you’ll be taken to Target’s website, where you can manually make the purchase, but Harris hopes that down the road, the entire experience will be completely native to Adventr.

Currently, Adventr’s tools are available on a subscription basis, but a free plan lets users experiment with the product before they pay for a pro ($29 per month) or business ($99 per month) plan. Adventr isn’t necessarily an e-commerce, or education, or entertainment platform — it’s a tool with a variety of applications that businesses and artists alike can use.

“Think of Adventr as a video-based API, like Twilio meets Vimeo,” Harris said. “Essentially, what our users will be able to do is to put in phrases or keywords that would trigger certain video clips to play.”

Adventr launched with a $1 million seed round, but hasn’t yet announced further financing. But the startup is already selling its product to subscribers, offering it an income stream at an early stage. Though Harris did not disclose specific financials, he said that without spending on customer acquisition, Adventr’s revenue has increased 80x from the beginning of 2021 until now.