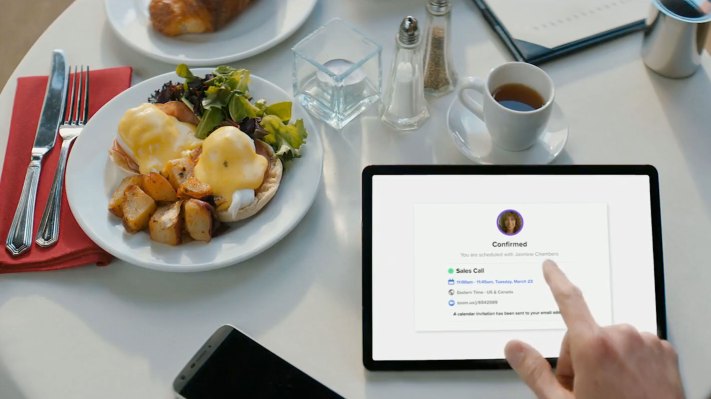 The tools you use most often are the ones you think about the least. Calendly, an app that helps people plan, schedule and follow up on meetings, may be a perfect example of that.

Today, some 10 million people send Calendly links to millions of others to sort out meeting slots. But perhaps because its purpose is to get people from one step to the next in their day, and from using one piece of software to the next, Calendly tends not to get much attention.

That was the case, at least, until last year. The COVID-19 pandemic sent many of us home to work, and as commutes were cut out and people couldn’t meet at work, we suddenly found ourselves in a meeting frenzy. Calendly came into its own, and investors took notice.

“We are seeing strong usage in spite of the changes in how people work for the simple fact that human connection and collaboration are ultimately what drives a business forward.”

Created out of founder Tope Awotona’s need for a tool to organize his life better, Calendly by nature kept a low profile even as it grew. But the combination of pandemic-fueled growth and major funding effectively changed that overnight. Earlier this year, we explored how the Atlanta-based company came virtually out of nowhere to raise $350 million at a $3 billion valuation.

That’s a heavy load to lay on a founder and a startup, and it was the starting point of our fireside chat at TechCrunch Disrupt 2021. If the product works well, how do you take it to the next level — and frankly, why should you?

“The question I had at the time [of that funding round] was, will the company take it as a distraction and become enamored with the publicity that comes with that? Or will we stay focused and continue to work really hard for our customers and partners and ourselves?” Awotona said. “Nine months later, it’s very clear that we’ve done the latter. Our culture and values have more or less remained the same.”

The company continues to stay focused on the “prosumers” who fueled its growth. These are individuals who gravitated to Calendly not because their company mandated it, but because they may have been sent a link for a meeting by someone else, became impressed with the UX, and started using it themselves — the classic kind of virality that has spurred a lot of technology to ubiquity.

Alongside that focus on prosumers, Calendly is also doubling down to build tools to address groups of users — starting from teams and going all the way up to large organizations.