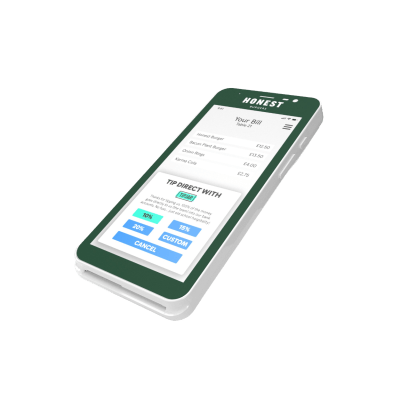 Earlier this year European startup Sundayraised $100 million in a Series A raise led by US investors Coatue and DST Global, just five months after launching. The proposition was relatively simple and pretty much tailor-made for the Covid-19 era: diners scan a QR code to download an app, and then split the bill between friends as well as tip the staff, without needing to interact with wait staff. The proposition is that restaurants get to turn tables around faster, increase average spend, and wait staff generally get more tips.

Now a UK startup is entering the space, this time with a LOT less funding, but what appears to be an even more seamless user experience.

The ‘Tap to Tip’ device comes with pre-loaded software connected to the restaurant. The whole bill is paid by all diners via this device, just by them tapping it. It then captures data for the restaurant, and generates tips for the staff.

The Tap to Tip TableYeti device now has an exclusive distribution deal with TiPJAR and is now available in over 300 bars and restaurants across the UK.

Founder Oliver Pugh said: “We really bet on hospitality being about experience versus becoming an extension of Deliveroo just in a restaurant post COVID. That bet is now looking correct, as TableYeti alone has a run rate of £1m ARR with global brand name restaurants.”